Butzerin Tax & Accounting is a full service accounting office providing tax preparation, bookkeeping, payroll and consulting. We are located on California Avenue SW in the heart of West Seattle. While Peter J. Butzerin took over the business from Larry J. Richter (Richter & Associates) in 2014, we have been here in West Seattle since 1982. Peter joined Larry at the firm in 1993 and is familiar with the individuals and businesses that have used our firm for many years.

As a firm, our goal is to provide accounting services in a simple, easily understood and affordable way. We have fees that compare very well against the big national “franchise” tax services…and unlike them; we use only degreed accountants and CPAs. For our business clients, we encourage them to use software they already own and staff they already have in place to do as much data entry as possible. We setup bookkeeping systems and constantly train clients’ staff how to maintain their own books. For most companies, accounting and compliance, while absolutely indispensable, are burdensome overhead. Oddly for an accounting service…we agree! So we aim to make those functions as easy and inexpensive as possible.

Tax preparation is all about service and we take that to heart. We generally never charge for “talking” to people. Visiting the tax accountant, even multiple times, has no affect on the fees. We simply charge by the form and if additional bookkeeping is required to complete a return. The idea is to erect no barriers to an open and free flow of information. We know that the better the flow of information, the better job we can do.

Peter was raised in West Seattle and has lived and worked here ever since. After graduating from the University Of Washington in 1988 he took and passed the May 1989 CPA exam. Passing all four tests with an average score of 91%, he then went to work in financial accounting. In 1993 Peter came to work at Richter & Associates as a primary tax preparer. After twelve years Peter left the firm to pursue various other interests, including working for several years in the trades. In 2014 he returned to Richter & Associates originally just to assist Larry Richter in retiring. Peter then began to update, organize and streamline the firm. Wanting to preserve the long established practice and provide continuity for the existing clients, Peter then purchased the firm from Larry. Other than a new name and updated offices, we are still the same neighborhood service that’s been serving West Seattle since 1982.

Since the change in ownership the firm has seen large increases in clients every year, from 25% to 40%. This reflects our renewed focus on service, accuracy, security and affordability.

Butzerin Tax & Accounting is an experienced preparation service in West Seattle. We specialize in income tax filing for individuals, landlords, small business owners, estates, LLCs, and corporations. We provide bookkeeping and payroll services, and training for our clients. We are committed to the highest level of satisfaction and affordable fees.

Established in 1975, the firm started as Richter & Associates, specializing in income tax and bookkeeping. Peter Butzerin started with the firm in 1992 and was a principal tax preparer for ten years. A CPA since 1989, he returned in early 2014 to take over management of the firm. Both Peter and Larry are West Seattle natives and graduates of the University of Washington. In May of 2015, Peter purchased the tax practice from Larry, who is now retired. The firm is now called Butzerin Tax & Accounting. Since returning to the practice in 2014, we have experienced nearly 30% growth annually, more than doubling our client base. We offer bookkeeping, payroll, training as well as tax preparation. We use degreed accountants only for tax preparation, and charge consistently less than the big national firms. We are here year round to assist you. 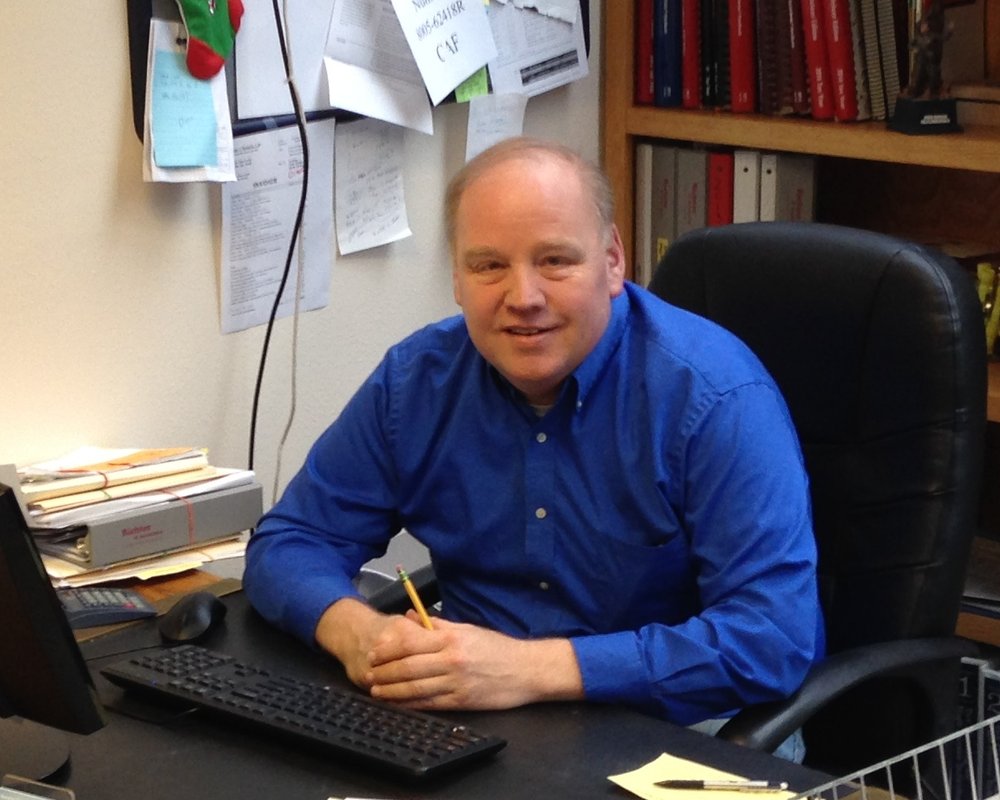 Peter J. Butzerin worked at Richter & Associates from 1992 until 2001, and returned in early 2014 to manage the firm.  After the 2014 Tax Season was completed, Peter purchased the tax practice from Larry and is now the owner, with the new name of Butzerin Tax & Accounting.  Under Peter's management the firm has experienced steady and impressive growth. Peter has been a CPA since 1989, and is a graduate of the University of Washington, School of Business.  Peter, who is ex-military, has been an accountant for decades, but also has worked in the trades.

We remain dedicated to serving the tax needs of West Seattle.   Please check out Peter J. Butzerin on Linkedin and YELP.

Need an accounting firm in West Seattle, Seattle? Give us a call today at (206) 935-6900 to schedule an appointment with our tax preparation service team at a time that fits your schedule.